Do you have a room of your own? 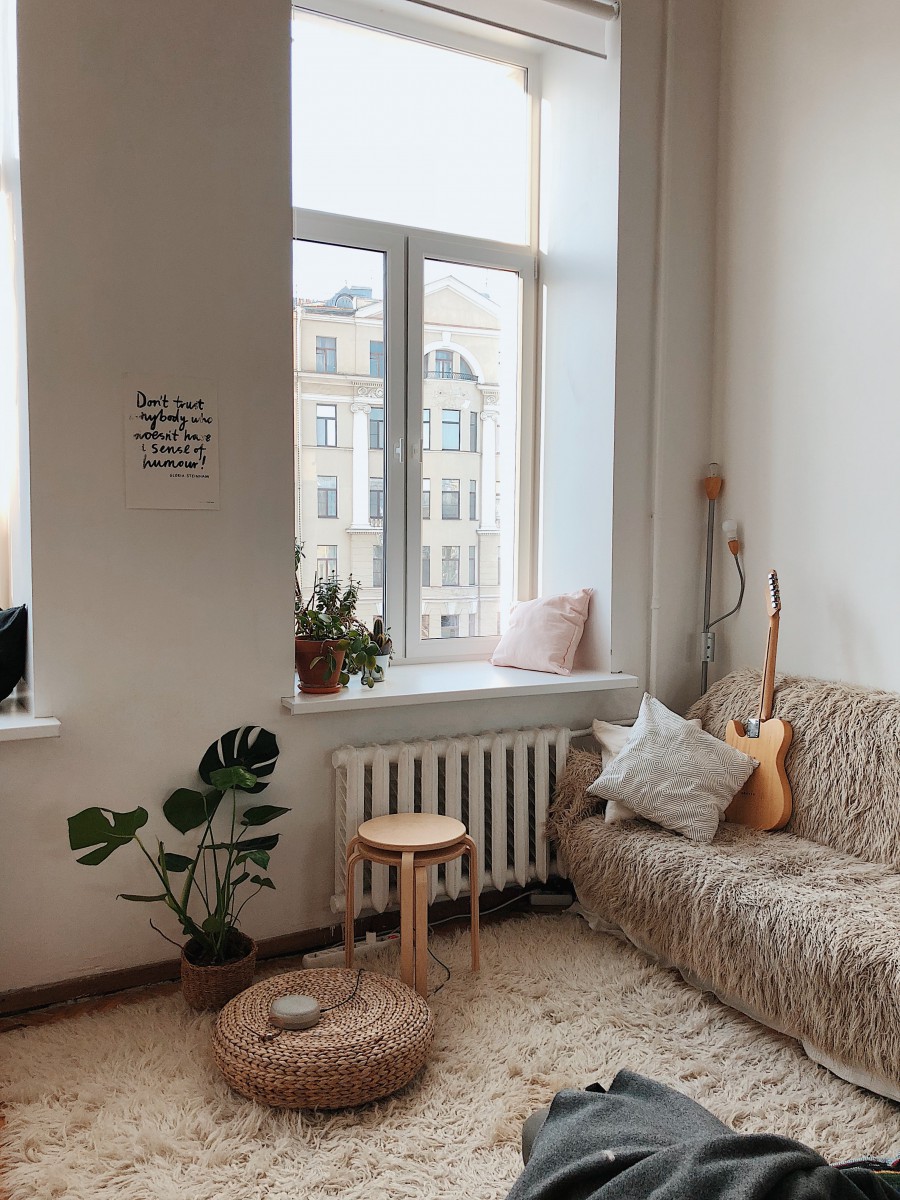 When I was a toddler, I would be sent to my room when I was naughty.
Knocking over a plant or drawing on the toilet wall with a pencil was naughty – the collateral damage of exploring the world, I’d say, but such was parenting in a small town in the 60s, I suppose.
For most of my childhood years, I had my own room.

But my mother didn’t.

When my sister and I finally reached the age where we were going to uni, my mum was eager, after 21 years, to turn one of our bedrooms into her room.
A room where she could paint, write poems (She was creative! I never realized it at the time!), and could just retreat.
Only much later did I realize what it must have been like for her not to have that space.

“I am the only one in our family who does not have a room of my own,” a friend recently told me.
Was she going to do something about it? Yes, as soon as the oldest one left home.

I bought Karin’s Cottage in 2017. A tiny house in the forest that I filled with my flea market finds and declared forbidden territory to the rest of my family (husband and dog), unless by invitation.

Three years earlier I had moved in with my husband, and I hadn’t handled it well. I cheerfully sold all my previous flea market finds (flea market, that’s how I roll) and arrived with just a van full of miscellanea, which I blended into the interior- hardly noticeable, as it turned out.

I got a room, the smallest, which was full of his books. When I asked where he thought he was going to put them, he was slightly taken aback. He had thought they could stay there.

After we both quit our jobs a year later, and were together in the house 24/7, I felt like a premature pensionado, and not in a good way. Something needed to happen, and I hatched a plan.

Now we are actually an LAT couple again. I’m in the forest about three days a week.

Many women, especially women who become mothers, slowly shrink their space. At first they don’t notice it. Baby belongs to their own body – umbilical cord you know.
But when baby becomes a toddler and mom can’t even go to the bathroom with the door closed, it can get pretty cramped, the lack of private space.

Men don’t do that, the shrinking. It’s only been a few years that I’ve known that there is a word for the phenomenon that has been annoying the crap out of me and my friends for years. Manspreading.
The wide-legged posture in public transport, and wherever. It was explained to me that they need it, anatomically speaking.
Women are taught that it is inappropriate to sit with their legs apart.
Airing the package, apparently, is not offensive.

Women adapt so easily, not because they like it, but because they are taught to. Because it makes them sweet, flexible and good. This is how to fulfill their role in a pleasant way.

In the last few days I have asked women whether thy have their own space. Some do, others don’t, and some even say they have to fight for a bit of privacy.

Is that you? And is that ok?

Can you hear it?
Not if it’s never quiet.
Not if you always have to share your space with the sounds, bodies and demands of the outside world.

You need your own space.
Your inner space, and your outer space.

How you do that is up to you. You do not have to buy a cottage right away (but if I have given you an idea: I will gladly help you further!).

But admit the wish. The desire to take up space.
Your space.

Damn it, you are here for a reason! And that reason is NOT to give space to others.

Tricky, this?
I’m happy to help.
You can get 30 minutes in my space, for free. And we’ll explore how.
You can book your spot here.