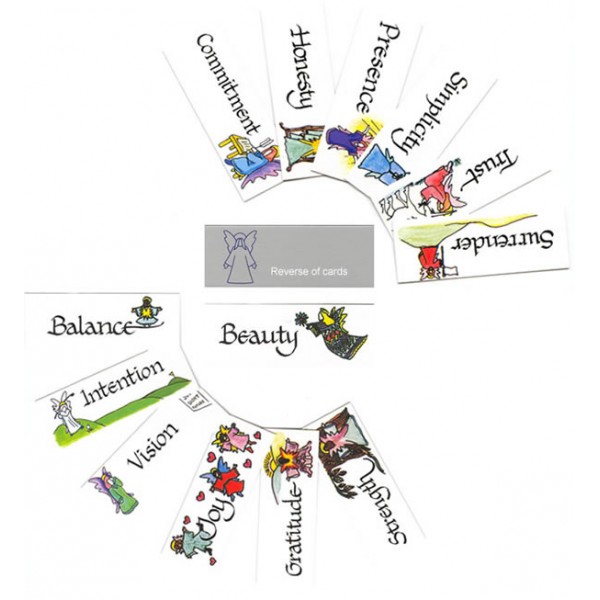 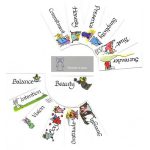 We were gathered in a big circle. Freshwomen at the school for counselling, and it was our first training weekend. We were pulling angel cards. I was new to spirituality and esotericism – this was all a big adventure for me.
My classmates got the most beautiful cards: acceptance, trust, gratitude, balance.
I was dying to draw mine.
Beauty, simplicity…
And then it was my turn. My hand hovered over the card that caught my eye. I turned it … power.
…
Power!?!
If anything did NOT suit me, it was power. WTF.
I was modest. Patient. Calm. Kind. Flexible. Understanding. Thoughtful.
Anything but someone with power.
I didn’t want to be powerful.
Powerful people were horrible. Loud. Repressive. Self-important. Always right. Manipulative, stopping at nothing to get their way.
I didn’t want to have anything to do with power. How on earth did I of all people get this card?
So disappointing.
‘It could mean strength’, someone said to cheer me up.
Sure. But that was not what it said on the card.
Power. The powers that be. Power games. Lust for power. Power abuse.
None of my associations were positive.
And this was my message for the weekend?
I would take card drawing with a pinch of salt from now on.

It would take me years to revisit the concept of power.

If you look up the definition in a dictionary, you get things like ‘ability to control people and events’.
Etymologically, however, power stems from Anglo-Norman French poeir, from an alteration of Latin posse, which means ‘be able’. So ability is right, but we have gotten so used for it to go hand in hand with that second part ‘to control’.

Apparently, we have gotten so used to the abuse of power, that the word itself has taken on a meaning it didn’t originally have.

Ironically, there were moments in my life where people tried to shove me towards power. I almost became class representative in 4th grade. Shy old me.
Later, colleagues wanted me in the participation council. I came close to a managerial position but shied away last minute.
Why?

I was scared. Afraid that I wouldn’t stand a chance in a place of power. That I’d be walked all over.
Because I don’t know politics. I never know how the wheels spin, anywhere. I never sit at the right tables. I was just winging it, always. I talked to whoever was available, or who seemed nice.

I have seriously believed I was just too ignorant. In meetings, my brain turned to jelly. What were these people talking about? Did everybody get it except me? Have we decided anything now? What, for god’s sake? And is this for the highest good?
Almost never.

The thing is, I had a very limited idea of power. And maybe so do you.
There’s absolutely no need to lead with force and overbearing. You can guide with gentleness, on an equal footing.
You can guide smaller groups.
You can be a quiet force.
Those who shout loudest are not necessarily the ones who know best.
Why would you have to let yourself be shut up by anyone, just because you’re not loud and self-important.

I have learnt there is wisdom in not knowing. Not assuming. In having an open mind and being inquisitive. ‘Knowing’ shuts things down. Allowing yourself not to know for a while opens up the field of possibilities, opens you up to deeper wisdom.
I’ve also learnt that there’s power in vulnerability and transparence – which many leaders I’ve known shunned.
There’s power in listening more than talking.

But most of all, there’s power in realising you HAVE power. That powerlessness is largely caused by limiting beliefs and conventions. You needn’t be a CEO or a politician to wield your power. In fact, you can start right now. By realising that the very fact that you are a body and mind makes you powerful. You can use the power of thought, of ideas, of words, of actions. You have influence.
Start with YOU. Start with being the leader in your own life.
If you feel powerLESS, ask yourself: what am I giving my power away to? Where do I believe power lies, if not with me?

I’m far from done talking about power. If you want to know why I need to talk about this so much, and what I have to say, you can also follow my livestreams on my Facebook page.
Or you can subscribe to my Youtube Channel.