On being a wise woman 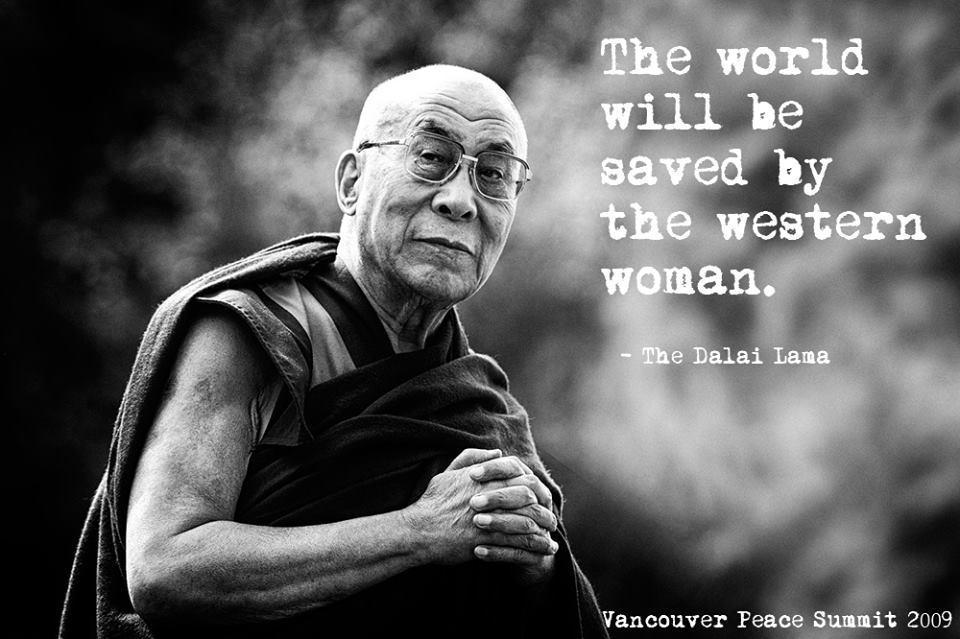 In an earlier post in my facebook group, awakening wise women, I shared that I was deeply affected by the Obama – Trump transition and the women’s marches all over the world.
Days later, it all seems to get worse and worse. And I know this is not just going on in the U.S., and this is not a recent development.
But it seems it needed to happen in the shadow of Lady Liberty, in the country that was built by immigrants, the seat of Trias Politica – before the millions in the West would wake up – including me.

‘It’ being the rise of right-wing extremism, of cultural and religious intolerance, of ‘us’ and ‘them’ rhetoric, of bigotry, misogyny, oppression, power abuse.

They are all symptoms of a culture, a society, that is wholly ego-driven. Meaning the majority of its people have completely lost touch with their true selves, their souls, their eternal, spiritual being. They are now fully identified with their mortal bodies and its needs, and the tiny little piece of the brain we call the amygdala, that is constantly telling that body that it is not safe, that it needs to fight or flee, that it is under siege, that it needs to defend itself, protect itself, do better for itself and that above anything IT MUST NOT DIE!

‘Being spiritual’ (for lack of a better phrase) means being on a path of realising that the ego is not our true self. That our personality is like a garment we wear, that exudes a certain picture, or impression, but it isn’t real, it is nothing but a handful of thoughts, beliefs and convictions we keep repeating to ourselves. And our (ego-) actions serve to underpin the so-called reality of that picture, so that others believe in it too.

We have had centuries of patriarchy – male dominance. This is now coming to an inevitable end, and it’s happening the way change happens; heralded in by chaos.
Although it deeply disturbs me, in my heart I know this is unavoidable, necessary, and will eventually lead to good things. But for now we are facing uncertain times that require our awareness, compassion, vigilance, and support of one another.

Now the trouble – I find – with finger-pointing at patriarchy, is the danger of it creating more of the same. More us and them, male against female. And that misses the point completely.

One of the universal laws is the law of dynamic balance. Which says that everything in the universe is composed of two seemingly opposed principles.
Yin and yang.
Which we have come to call female and male. Yin being the receptive, the passive, the moon, the eternal, the spiritual (and much more). Yang being the outgoing, the active, the sun, the temporary, the physical, the material, the ego (and much more). In most men, the yang principle is dominant – as in most women the yin principle is most dominant. But in balanced people, both are present, and should be equally cultivated. In our world, both are necessary.

In a patriarchy (where, it is true, men dominate), the yang principle has become unhinged and balance is completely lost. Hence: ego-domination. It is, however, an over-simplification to blame men. But it is true that men who endorse (and flourish in) patriarchy are ego-dominated and unbalanced. What is needed is for them to wake up to their softer, more yin qualities. But by the same token, ego-driven women need to do the same. As indeed women who are too soft and passive need to develop a bit more yang in order to be able to stand up for what’s right – and wise.

Wisdom, for a human, is not to be wholly identified with the ‘spiritual’ part. No. Being in a human body means falling under physical laws as well as universal laws. And so what is asked of us is not that we try to meditate our way out, or just work on our high vibes, or gather in cushy circles with like-minded souls. We need to put in a little yang as well. We are all part of the whole, if we withdraw in our safe haven, we are of no use, indeed our spirituality is of no use.

The Dalai Lama said the world will be saved by the western woman. Not because ‘we’ are better. But because we are privileged, we are free to speak up and we have jobs and money and access to media, and because, being women, we have easier access to our yin-side, to the spiritual, to compassion, love, support and a deep understanding of the universal laws. It is our sisterhood that will save the world. Which, by the way, should be wholly inclusive.

Love and wisdom to you <3