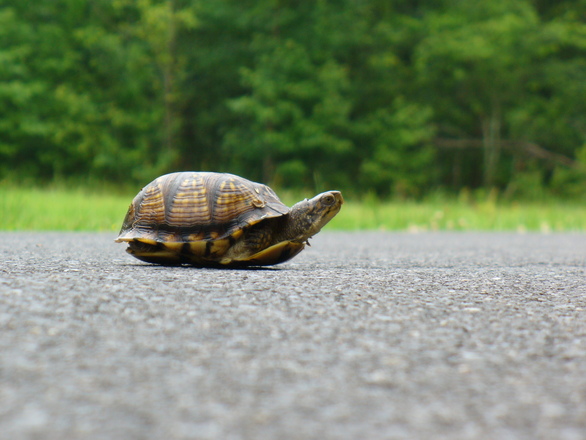 At a party the other day I was sitting next to a woman I didn’t know very well. She was very chatty, which I’m not – so quite convenient really ‘cause all I had to do was listen and I’m quite good at that – usually. But I found myself utterly disinterested in anything she had to say after less than five minutes. In fact, I found myself disliking her a bit.

Later, as I went over the events of that night, I wondered what it was that I found so displeasing about her. Yes, she just talked and didn’t ask questions, but that wasn’t it. It was that every single thing she told me was proof of her success in life, her good fortune, her determination, her being right on every single issue, her lack of doubt and fear and failure.

People, that does not exist. There’s no such thing. Come on. I’m fifty, and I’ve not met it yet.
It’s a façade.
We don’t grow up without ever scraping our knees. We don’t find love without ever bumping our heads. We don’t raise kids without ever getting it utterly wrong. We cannot avoid doubt, fear and failure, illness, loss and death. Nor can we always deal with those wisely and composedly.
We’re human, for Christ’s sake.

And so I knew this lady wasn’t being real. She was putting up a front.
Why?
Why do we hide behind a façade of constant success and invincibility?
Probably not because we are so full of confidence.
It’s fear.
Fear that the world won’t like us when we’re human. When we’re vulnerable and fallible. And worse, the fear that people might abuse us when we show our soft spot. They might use it against us. Or laugh in our faces. Humiliate us, reject us, exclude us.

When I realized this, I could sympathize with her more. And understand that I’d been her, on many occasions. Acting tough, telling lame, half-true stories about success and glory.
The moments in my life when I was most connected to people, to complete strangers sometimes, were the moments when I was vulnerable and allowed people to see it. It’s our vulnerability that makes us real and relatable.

Invulnerability is boring, even off-putting. Understandable, but utterly distancing. No one wants to put an arm around the invincible. No one opens their heart to or confides in the infallible.
Strength is not about invulnerability. It’s about being o.k. with being vulnerable.

Is your vulnerability blocking your happiness? Let’s chat. You can book a complimentory 20-minute discovery call and find out if we could work on this.